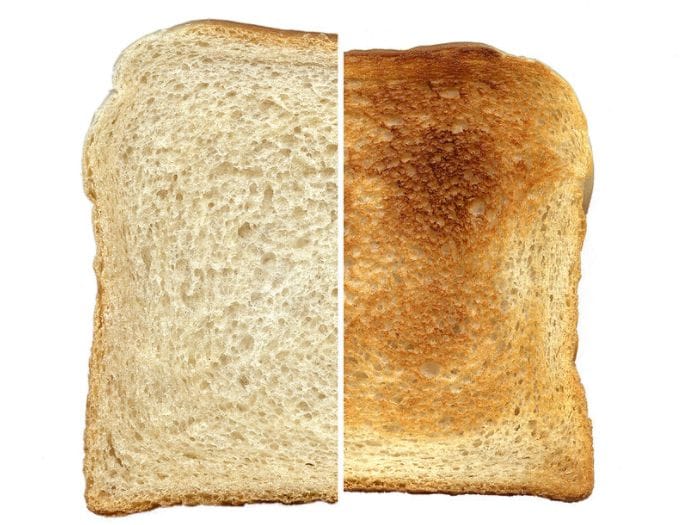 Is toasted bread really better for your intestines?

Yum, we love a slice of toasted bread! Some butter, maybe some cheese: it’s heaven on a plate. Just the smell of toast is enough to start your day off feeling great. Plus, apparently toast is good for your bowels as well. At least, that’s what a lot of people say. The idea that toasted bread is good for your intestines has been around for ages, but is it really true?

However, although this ‘easy to digest’ business sounds pretty healthy, it’s not really that much better for your intestines. Most people’s stomachs and intestines function a lot better if they have to work a little harder, because this causes better digestion and bowel movements. Eating food that’s easy to digest also makes you feel hungry a lot sooner again, so it’s filling for a shorter period of time. If you decide to toast a slice of bread, it’s best to go for whole grain bread. Your intestines will be put to work and you’ll feel full for longer. Do make sure you don’t toast the bread for too long. The blacker the bread, the more acrylamide it contains, which can cause cancer.

Read more: This is why you should never pick mould off your bread!