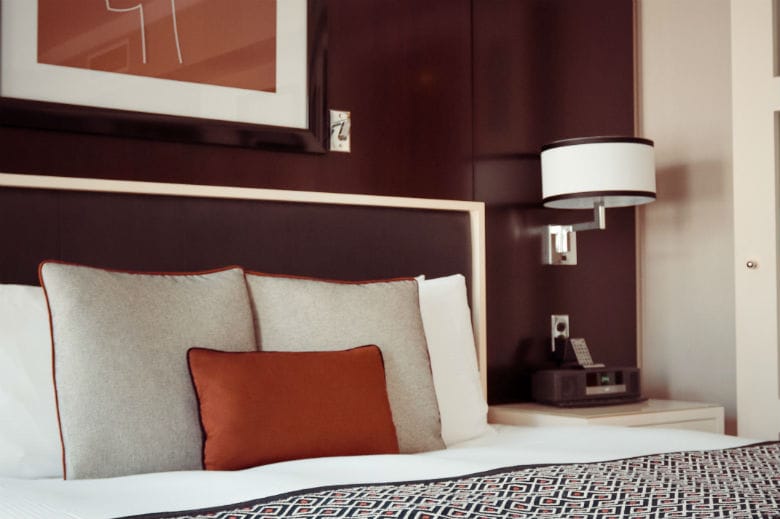 This isn’t what you want to find in your apartment…

It sounds like a nightmare: you’re on holiday having fun and then you come across an actual hidden camera inside your rented apartment! That is what actually happened to the Scottish Dougie Hamilton and his girlfriend. They’d rented an apartment in Toronto, Canada via Airbnb. Everything seemed perfectly alright until Dougie came across a strange, small cable that was plugged into the alarm clock but didn’t need to be. He went to do some exploring and found something pretty shocking.

Luckily Dougie found out when he did.

The first strange thing they observed was that the alarm clock was placed in the living area of the studio apartment. The couple was having a little rest after a long day of exploring the city and were sitting on the sofa. Dougie noticed the alarm clock and it immediately gave him an uneasy feeling, like something wasn’t right, he told The Daily Record.

There was a thin cable running towards the alarm clock that looked similar to the charger of a smartphone. This immediately made the alarm bells inside his head go off because he knew alarm clocks didn’t need cables like that. He had just seen a video on Facebook about spy cameras and the places they’re often hidden, which had made him extra alert. Dougie doubted himself at first because he felt like he was just being paranoid. He nevertheless decided to open up the alarm clock, though.

When Dougie took the alarm clock apart he immediately saw there was a camera hidden inside. The clock had been placed on a table facing the bed, filming the entire apartment but with a clear focus on the bed. Dougie immediately went to the police and they’re taking the case very seriously.

The couple also lodged a complaint with Airbnb, who are also taking the incident very seriously. Dougie and his girlfriend Taryn were reimbursed for their entire holiday and Airbnb also paid for their stay in a luxurious hotel of their choosing. The owner of the apartment rents out multiple different apartments and all of the reservations for these places have been cancelled. The owner had hundreds of reviews on his Airbnb page. None of these people must have known there was a hidden camera filming their every move…

Go to the next page to see the pictures of the hidden camera and read Dougie’s account of the incident!