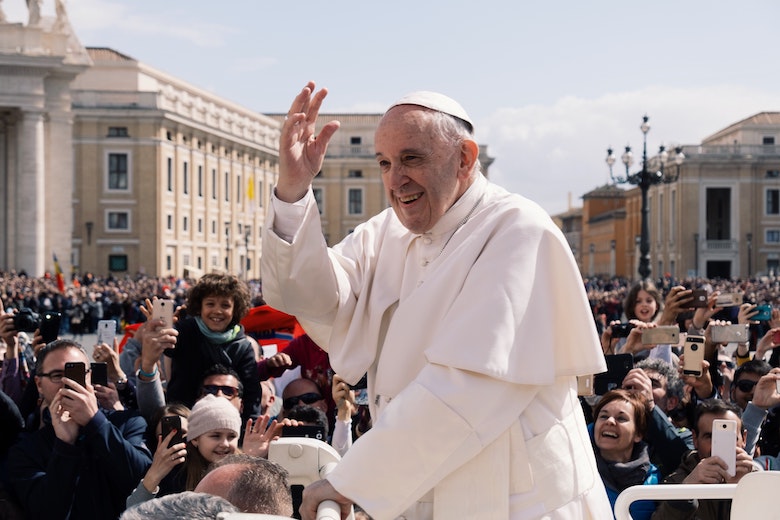 Yes, the Pope was once in love!

He succeeded Benedict XVI in 2013, lives in the Vatican City – of which he is the sovereign entity – and he was born on December 17, 1936. These are the most common things many people know about Pope Francis. The Pope sometimes has a little bit of a dull image. But did you know that there are a lot of interesting and peculiar facts about Pope Francis? We have listed them for you.

1. He is known as Pope Francis, but His Holiness was born as Jorge Mario Bergoglio.

2. The Bishop of Rome is very good at speaking different languages. He is fluent in Italian, German and Spanish. The last one is not surprising because he was born in Argentina. In addition, the pope also has a basic knowledge of English, French and Portuguese.

3. Part of his lung is missing. Why? As a child he got an infection and part of one of his lungs had to be removed.

4. The pope can dance! If anyone “works” far beyond their retirement age, it is the Pope. But he is still young at heart, because he loves to do the tango! “I love to tango and danced it a lot when I was young,” he told Ambrogetti and Sergio Rubin, the authors of his biography El Jesuita, which appeared in 2010.

Read further on the next page for some even stranger facts!