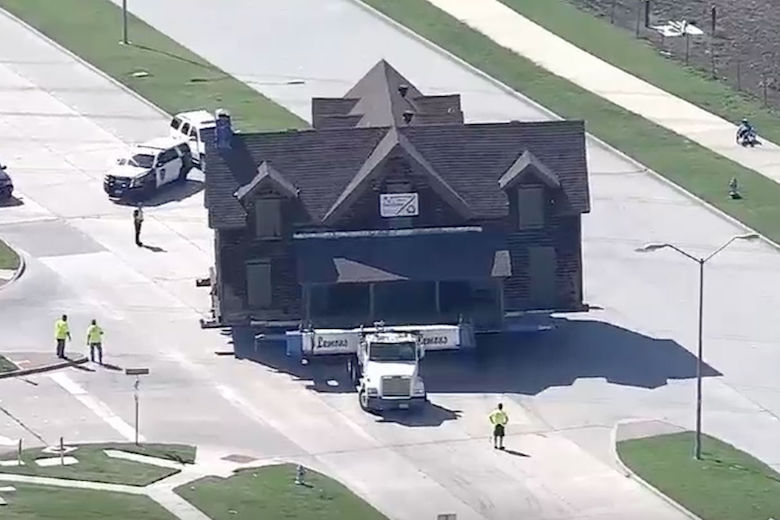 A different take on the mobile home

Moving is never easy. Even though a house is only material, it can be difficult to leave your beloved home behind. The inhabitants of the American city Plano must have thought the same about Collingwood House, a historical farm from 1861. The building was supposed to be demolished, but the townspeople decided to save the building. However, that meant it had to be moved to a different lot…

The council decided against demolishing the building at the last moment.

The city of Plano bought the grounds the 1861 farmhouse was built on in 2009. They had plans to restore the historical building, which is largely made out of wood. However, these plans were cancelled due to the fact that the people of Plano voted against doing so. The house, estimated to be worth 3.5 million dollars, was destined to be demolished.

Read more and check out the video on the next page!