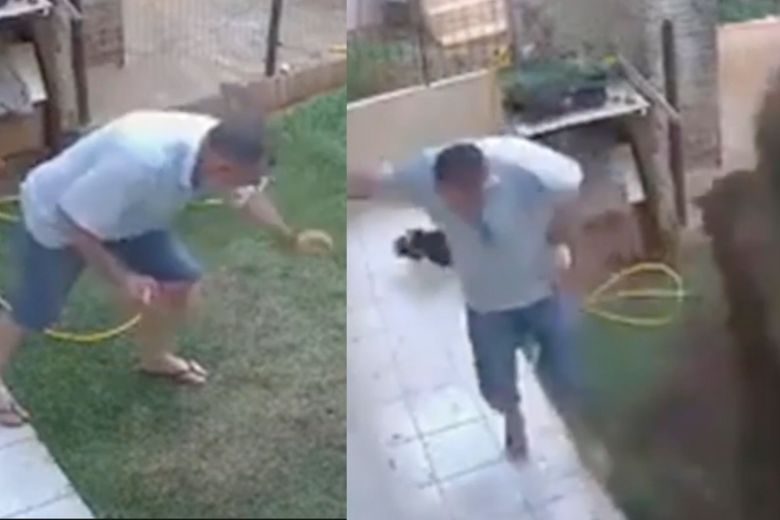 Blowing up the garden was definitely not his intention

What do you do when you come across a cockroach? Keep calm, scream, move… or just set your garden on fire. The latter is what a man from Brazil did. Cesar Smitz and his wife had been plagued by cockroaches in their gardens for years, and Cesar decided it was enough. He thought fire was a good way to get rid of them, but that did not go well.

People are capable of doing funny things to get rid of pests.

Pour some gasoline into the holes in the lawn and light it. This was the solution Cesar had in mind to eliminate the cockroaches in his garden. “My wife is scared of the cockroaches and begged me to destroy their nests in the ground once and for all,” Cesar tells FocusOn News. He did not think his lawn would be destroyed in the process.

He initially used other pesticides, but the spray he used didn’t work. He then decided to take more drastic measures. He threw a lit match, together with a big dash of gasoline, into the cave. He hoped to set fire to the ground underneath. For a moment it seemed like nothing was happening, but seconds after he threw a third match in the hole, the entire lawn blew up.

Watch the video of the “spectacle” on the next page.