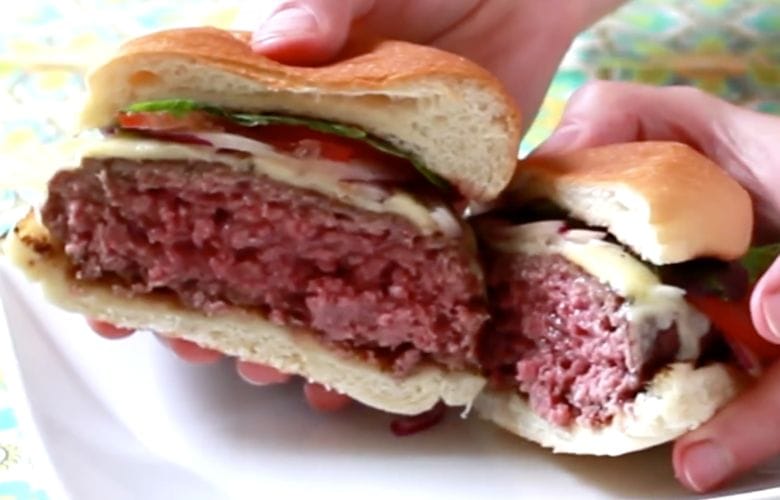 Eating a red burger can be pretty risky!

Sometimes when you’ve cooked (or bought) a hamburger, you find out it’s not entirely cooked all the way through and it’s still a bit red in the middle. So, what do you do? Do you put it back in the pan or do you eat it the way it is? There’s a continuing debate on whether it’s okay to eat red burgers. We all know a medium-rare steak is perfectly fine to eat, but is the same true for ground beef?

No, it’s not entirely safe to eat a burger that is still red in the middle. That’s because things are different for ground beef than they are for steak. It’s true that steaks are fine to eat either rare, medium or well done, but with burgers you run the risk of being contaminated with E.coli. The so-called poop bacteria is only killed if the hamburger is heated through and through.

So, how come this is different for steak and burgers? A steak is one big lump of meat. E.coli is usually located on the outer layer of the meat. When the steak has been heated but is still pink or red in the middle the bacteria will still be killed, since it was on the outside of the meat. Because ground beef consists of ground meat, the E.coli bacteria can be found throughout the entire burger. That’s why you have to heat and thus cook the entire burger to make sure there’s no risk of E.coli. So, don’t take a risk and just cook your hamburger until it’s done!