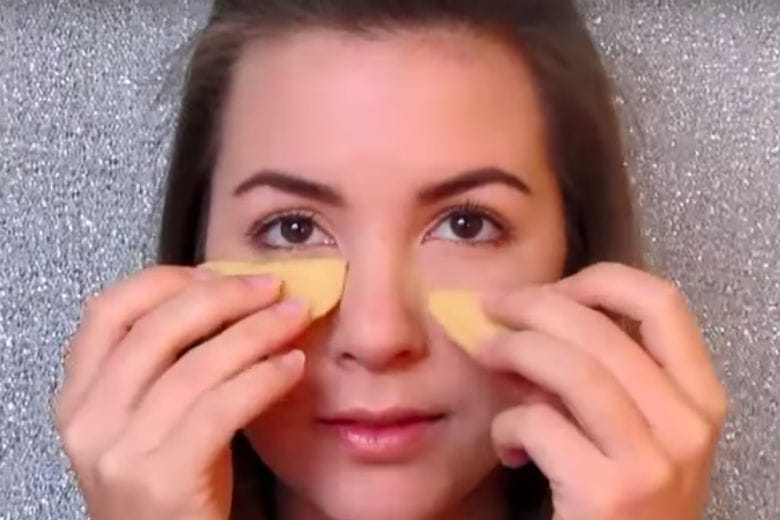 Those dark circles can be a real eyesore

Many people have them: dark circles under their eyes. The skin beneath your eyes is very thin and discolours quickly. The advice against dark circles or a blue haze is often: “drink more water and get more sleep.” However, people who live healthily and get plenty of sleep can still get these circles. That’s because it’s genetically determined as well. Luckily, there’s something you can do about it and you’ve already got the solution in your kitchen.

The solution for dark circles under your eyes is… a potato!

A lot of people have dark circles under their eyes. This might in part be caused by fatigue, but it also has to do with your genetic make-up. Unfortunately, some people can drink all the water they want and get a ton of sleep but the circles won’t disappear. There are a lot of expensive creams and lotions out there that promise to reduce those dark circles, but you’ve already got the best ingredient in your kitchen cupboard.

Yes, you read that right: a potato is a perfect remedy against dark circles under your eyes. Potatoes are used against circles under your eyes because they’re naturally cool and therefore have a calming effect. Plus, they’re also ideal to use against a blue or dark haze under your eyes as they contain vitamin C and antioxidants that feed the skin. The coolness of the potato will cause the swelling to subside and that will make your eyes look more awake.

So, how do potatoes battle dark circles? Potatoes contain catechol, which is an organic compound. It’s a natural substance that’s also often used in skin care products that are meant to lighten the skin. A lot of Asian make up focuses on bleaching the skin to get rid of pigmentation spots. Since this substance can only be found in potatoes to a small degree, it can cause the skin around your eyes to lighten in such a way that it will relieve you of the dark circles.

Go to the next page to find out how this trick with a potato works exactly!