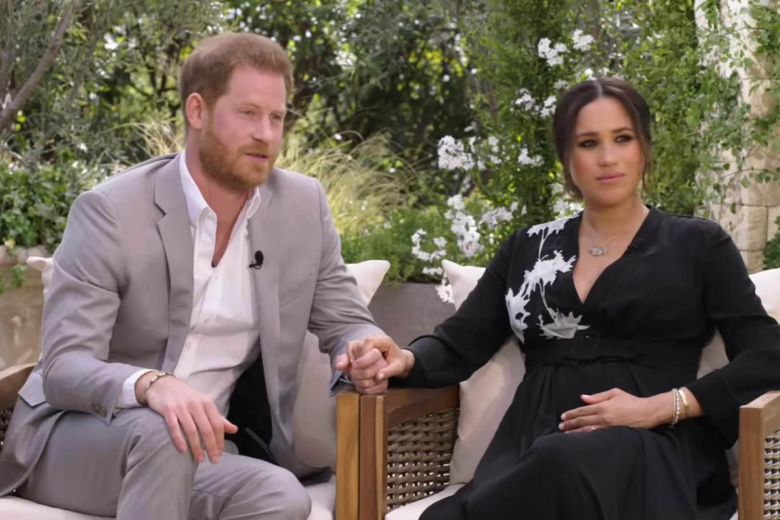 They’ll have to face the consequences. Harry and Meghan were warned…

The Sussexers were going off script, therefore infuriating Queen Elizabeth.

About a year ago, Prince Harry and duchess Meghan decided to bid their royal life farewell and removed themselves from the royal family. Queen Elizabeth was understanding but also felt betrayed by the Sussexers. Things seemed to be okay again, but the decision to sit down with Oprah on her talk show lighted a royal fire. Consequences will follow.

The planned tell-it-all interview with Oprah Winfrey is set as H&M’s first big interview since moving to the United States and everyone was dying to know what they wanted to discuss. They digged into the topics of Meghan’s life in the royal family, the royal wedding, public pressure and motherhood. Prince Harry joined in later to talk about the move and their plans for the future.

The royal family is all but enthusiastic about all the tea being spilled. “The fact that Meghan will be getting riled up about small things isn’t what upsets the queen. She sees her participation as a betrayal and will revoke her earlier promise to allow Harry and Meghan to re-enter the royal house.” Oh dear…

On top of all that, Harry risked losing his honorary military titles and Meghan risked her function as patroness of the National Theatre. That’s a big deal. These sanctions haven’t officially been set, but royal sources say there’s a big chance they will be soon. This means the Sussexers will lose all remaining ties they have to the royal organizations. What the real consequences of the interview are, are still unknown. One thing we do know for sure is that Meghan and Harry were no longer official working members from the Royal Family before the interview even happened.