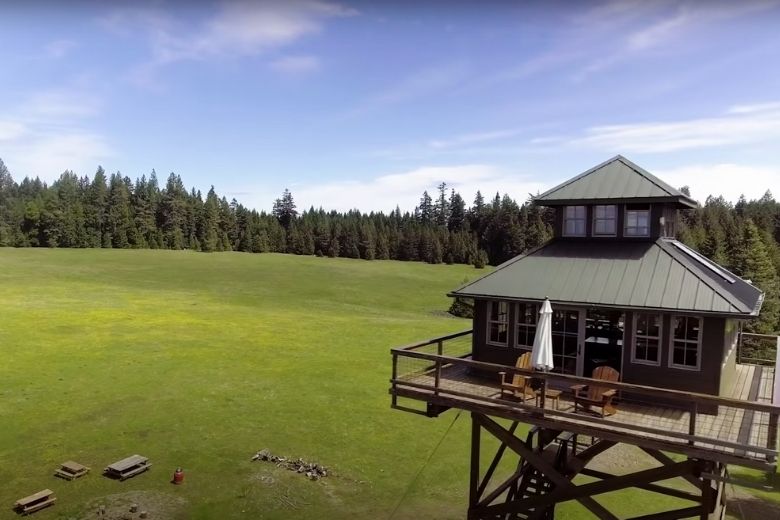 These two men built the house themselves, and have a beautiful view over the vast forest.

Have you ever dreamed of living at the top of a tower with a beautiful view over vast fields and forests? Alan Colley and Dabney Tompkins did. These two men made their dream come true and now live in a so-called fire tower in the forest.

In the Umpqua National Forest, in the south of the American state of Oregon, you can find Alan and Dabney’s fire tower. These two men initially bought the piece of land to build a cabin where they could spend their weekends. Instead, they built a home modeled after a lookout tower. The couple occasionally visited their watchtower, but after a few years they wanted to live there permanently. And so they did.

Living in a fire tower

The kind of watchtower in which Alan and Dabney live is often built as a lookout for fires, but the tower now functions only as their residence. “You wake up to the sun shining and there is no one to be seen in any fields or roads. That is very special,” says Dabney Tomkins.

Would you like to read more about the tower, and see the inside? Read the next page.