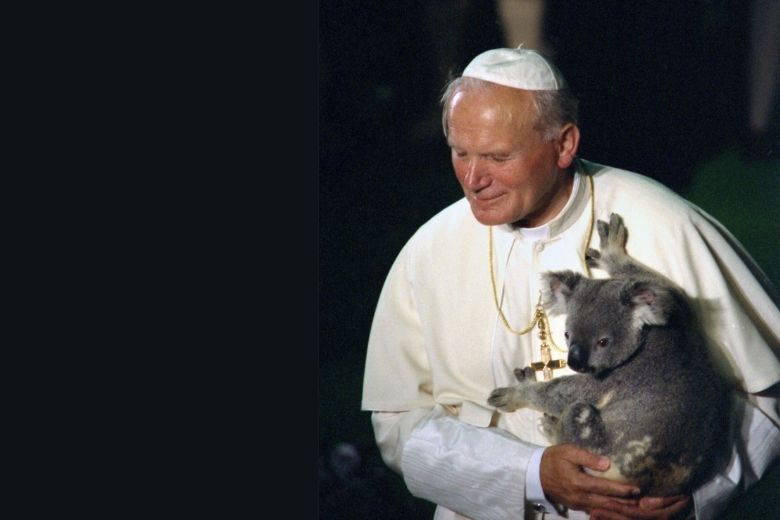 John Paul II – born Karol Józef Wojtyła – was pope for a whopping 28 years. Both before and after his appointment as head of the Roman Catholic Church, John Paul II led an exceptional life. We’ve summed up a few special facts about this Pope, from his hobbies to the world record he has set.

1. He had an insanely good memory

John Paul II regularly surprised others with his exceptionally good memory. This talent had already manifested itself in his early teenage years. The young Karol loved theater. Knowing the entire script of a play by heart allowed him to take over the role when one of the actors dropped out. Later, the pope’s good memory proved useful as well. For example, he knew all the bishops in the world by name, even though there are more than two thousand of them. Even about people he had only briefly talked with, John Paul II could still recall the smallest details years later.

Until the age of 73, John Paul II liked to put on his skis. Once, an 8-year-old boy recognized him on the piste. When the boy told his mom that he had been out skiing with the Pope, she did not believe him initially. Until John Paul II himself stood right in front of her, that is. Well, snowy mountain peaks are just not the first place where you would expect to meet the Pope.

3. He has traveled more than 1 million kilometers

This Pope certainly did not sit idle in the Vatican. John Paul II is estimated to have traveled more than 1.2 million kilometers in his life. That is over three times the distance from here to the moon! As Pope of the entire world, John Paul II deemed it important to meet people all over the globe.

Curious to learn more facts about John Paul II? Then continue reading on the next page.