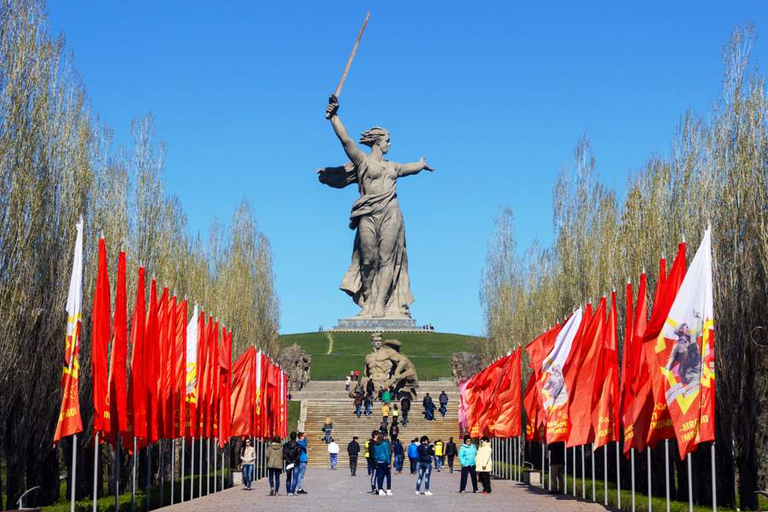 The Motherland Calls is the tallest state in Europe. It was unveiled in 1967. Two hundred steps, symbolizing the 200 days of the Battle of Stalingrad, lead from the bottom of the hill to the monument. The statue is an allegorical image of the Motherland, which calls on its sons and daughters to repulse the enemy and return to the attack.

On the next page we’ll show you another massive statue: Awaji Kannon in Japan.