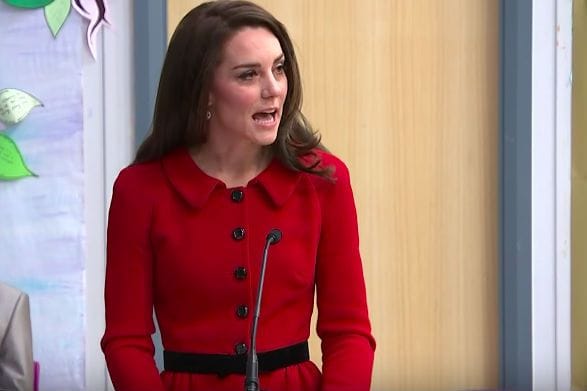 Besides several types of vegetable and blueberry juice, Kate also adds spirulina to her drink. If you google this superfood you’ll come across images of a green powder that doesn’t exactly look very tasty. Yet there are a ton of health benefits to this ingredient.

This blue green saltwater algae contains a lot of micronutrients and protein and that’s why it’s great for your immune system. Is that all? No! The algae is also very rich in unsaturated fatty acids and antioxidants. People who don’t eat fish, for example, can eat spirulina to make sure they get enough omega 3 fatty acids.

To maintain her slender figure, Kate reportedly also eats a lot raw food. She eats a lot of fruit and vegetables as well as other foods that haven’t been cooked. Among the Duchess’ favourites are ceviche, goji berries, watermelon and tabbouleh. When Kate and William visited India they told the hotel’s chef that they would like to eat only vegetarian dishes. They don’t always do this, because Kate has also followed a diet where she did eat a lot of meat. When she’s not dieting, though, she prefers to eat fruit and vegetables.

Read more: This is what Princess Diana would’ve looked like now if she’d still been alive